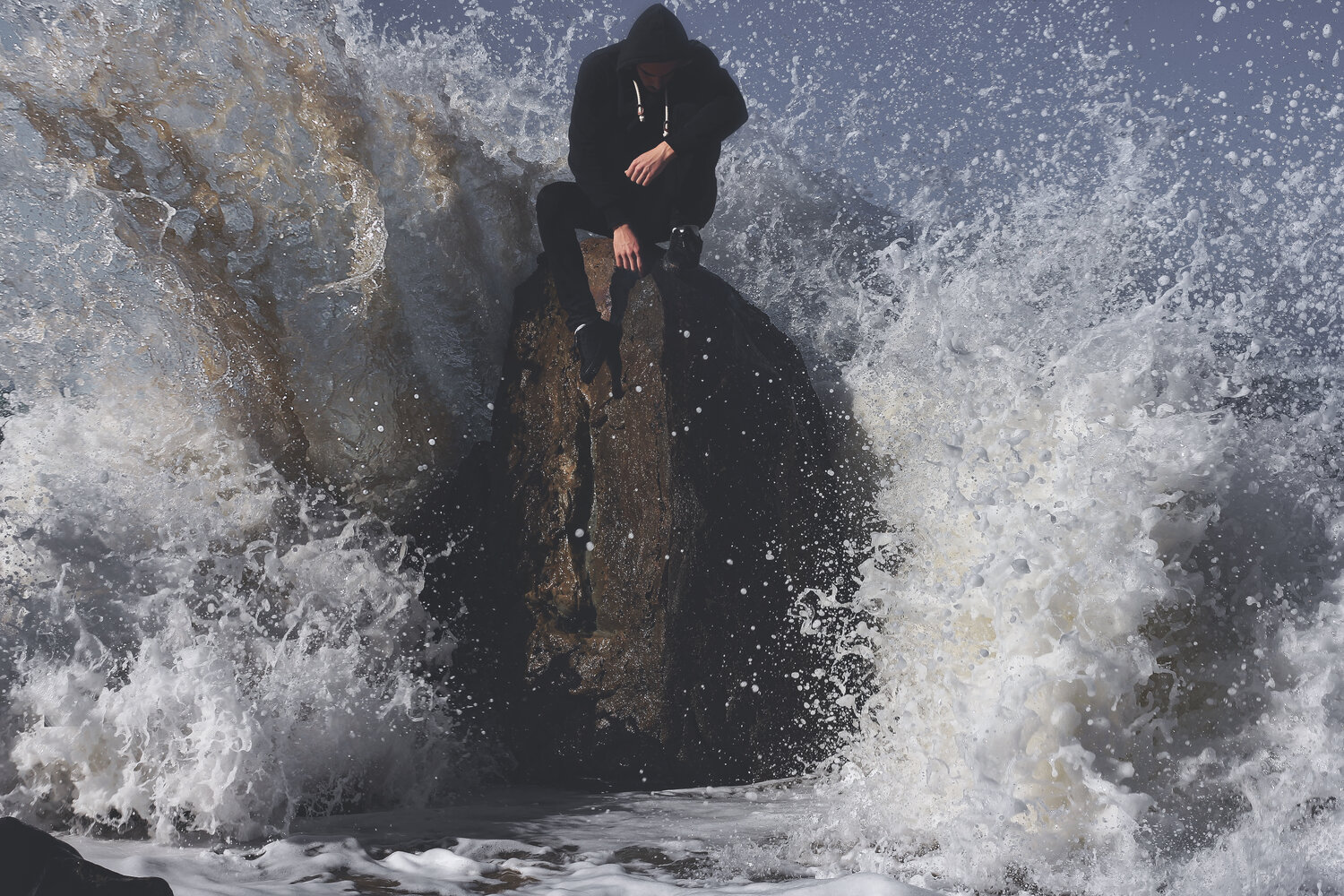 GIVING UP FEAR AND GETTING ON WITH LIFE

When you look through the Scriptures, you’ll find two different forms of fear mentioned. One kind of fear is healthy and good. The other is a detriment to our life and faith.

The healthy kind of fear that is spoken of in the Scriptures is the “fear of God.” When the word fear is being used in that context, it’s speaking about “reverence” or “awe.” The fear of God is a healthy respect for God that acknowledges His great power and authority. We’re encouraged to live in, or practice that kind of reverence and respect because it’s healthy.

The other kind of fear that’s spoken of in Scripture is an unhealthy terror or dread related to people or circumstances that we don’t have the ability to control. That’s not a healthy fear to live in, because it influences us to forget about God’s sovereign ability to work out His will in all kinds of circumstances. That kind of fear produces anxiety in our lives because it makes us think we have to try to bring under control the kind of things that only God can control.

I. THE TRUTH WILL BE BROUGHT TO LIGHT

Are there people in your life that you find intimidating? Have you ever met people who, as a pattern, attempt to intimidate others? What do they typically do? Sometimes they stand uncomfortably close to you when they’re talking to you. Sometimes they raise their voice. Sometimes they become unfairly critical of you. Why do they do this? Usually it’s done in an attempt to assert themselves, influence others to bend to their will, and then eventually get whatever it is they’re seeking. I used to find people who take this kind of posture more intimidating than I do now. I have come to realize that this kind of behavior isn’t a sign of confidence. It’s actually a display of insecurity, uncertainty, and sometimes, sinful motives.

As Jesus was preparing His disciples for the nature of the ministry He was entrusting to them, He warned them that they would encounter people who would attempt to work against them, intimidate them, and influence them to feel afraid. But Jesus directly told His followers not to fear people like this, no matter what kind of pressure or pain they attempted to inflict. Why didn’t Christ’s disciples need to fear? They didn’t need to fear because they were aligned with the truth.

Sin and poor motives can’t stand to be brought out into the light. They resist it because they can’t tolerate the scrutiny that comes with being exposed. Jesus was clear when He said, “for nothing is covered that will not be revealed, or hidden that will not be known.” In time, the truth will be made known. Motives will be made plain. That which He has favored will be revealed.

He also encouraged His disciples not to be fearful to share what He had taught them. These men were blessed with such a unique privilege to be able to spend several years observing, living with, and being taught by Jesus. They heard His sermons that were delivered to large groups. They heard what He taught when there was just a few of them around. Jesus encouraged them to make it all known. Whatever they heard Him say, they were encouraged to bring to the light. They were encouraged to make it readily available so others could come to know Him by faith, in a deeper way like the initial group of disciples did.

This is counsel that we as His followers in this era should take to heart. It’s likely that you will at times encounter people who may not jump for joy at your mention of Christ or His teachings, but don’t be afraid to share. Be wise in how you speak. Season your conversation with talk of Christ and His work in your life. Testify to His goodness. Fill your home with pictures of Bible verses that your company will inevitably read. If you’re worried about coming across as too preachy, use a part of your conversations to simply express your thankfulness for answered prayer, gracious provision, or needed encouragement. A large percentage of our lives is spent communicating. Let’s make sure that a large percentage of what we communicate honors Christ’s challenge to His disciples to share with others what they had heard from Him.

President and Mrs. Benjamin Harrison lived in the White House when electricity was first installed in the building. They were so afraid of being electrocuted they refused to touch the switches. If a staff member wasn’t around to turn lights off for them, they would simply leave them on. Even at night they would sometimes choose to go to sleep with all the lights on and wait until the next day for someone to turn them off.

Researchers at Johns Hopkins University reported that 40 years ago, the greatest fears of grade school children were: Animals, being in a dark room, high places, strangers, and loud noises.

What’s your greatest fear? How much time do you spend worrying about what others might do to you, or what might happen to you that’s completely out of your control? During the era Jesus was ministering in, as well as the centuries that came immediately after, Christians were regularly threatened for their belief in Christ. Some were threatened with the loss of their homes and jobs. Some were threatened with punishment or imprisonment. Others were threatened with death. Yet Jesus reminded His followers that we don’t need to fear those who only have power to kill the body. They cannot kill the soul. They cannot take your eternal life from you. If we’re going to fear anyone, it should be God, but our fear of Him should be the healthy reverence that shows we respect His power.

The truth is, we’re of great value to the Lord. Sadly, we aren’t as convinced of this as we should be. Isn’t it ironic that we as Christians can theologically acknowledge that God the Father sent God the Son to this earth to die in our place, demonstrating our great value to Him, yet we struggle to believe in God’s protective power when our faith is actually being tested? We acknowledge our value to God theologically, but we struggle to acknowledge our value to God emotionally. That disconnect needs to be rectified.

Jesus attempted to address that issue in what He taught in this passage. He referenced two things that don’t seem to have much value on the surface; sparrows and pieces of hair.

Speaking of birds, it’s barely Spring and they’re already starting to “decorate” our driveway, I find that a little irritating, and if I’m honest, they don’t feel very valuable to me right now.

And when it comes to hair, I recently bought an attachment for my car vacuum that does a good job picking it up. So lately, I have been putting more value on getting rid of hair that has fallen out, than I have on hair that’s staying put.

Yet Christ tells us that a sparrow doesn’t die without God taking notice, and the very hairs on our heads are numbered by Him. What’s the point of what He’s saying? He’s telling us we don’t need to fear because we are more valuable to God than birds, hair, and everything else that exists on the earth. God sees us, notices everything about us, loves us, and holds our lives securely in His hands. Never minimize your value to God.

Most days of the week, I tend to wear a ball cap. I have a few that are part of my regular rotation, but one of my favorites is my Philadelphia Eagles cap. I have noticed something about that cap. When I wear it locally, people applaud it and often take a moment to chat about the team with me, particularly if I wear it on a Monday during football season. But I’ve noticed something else as well. There are some people in this world that don’t like the Eagles. When I wear that hat to certain places in New York or New Jersey, I get a few unhappy looks. When I wear it in Pittsburgh, people start talking about which Pennsylvania team has the most Super Bowl rings. A true Eagles fan, however, is willing to wear their team colors in hostile territory.

I like the fact that at this point of my life, there are plenty of things out there in the world that would make it difficult for me to deny my faith in Christ. Between my public statements, and things I have written or recorded, my faith in Christ has been, and is being made known. But this is something about which the Lord has gradually developed a greater joy within me. As a younger Christian, I was much more cautious and fearful of sharing my faith, and I think much of that came back to a desire to be liked. Effectively, that means that there were times I was bowing the knee to my personal insecurities instead of to the Lord. Our insecurities, and our desire for the praise of our peers are idols that we shouldn’t bow down to.

But Christ tells us that the nature of our true loyalty is serious business. Whoever acknowledges Him before others, even when there may be a consequence for doing so, shows that they truly believe in Him. True believers will be acknowledged by Christ before the Father. Those who deny Christ are showing that their faith is not genuine, and therefore will not be acknowledged by Christ before the Father. We don’t need to fear making our faith in Christ known, particularly when our hearts have become convinced of the glorious future He has waiting for all who truly believe.

You can find out more about which cookies we are using or switch them off in settings.

This website uses cookies so that we can provide you with the best user experience possible. Cookie information is stored in your browser and performs functions such as recognising you when you return to our website and helping our team to understand which sections of the website you find most interesting and useful.

Strictly Necessary Cookie should be enabled at all times so that we can save your preferences for cookie settings.

If you disable this cookie, we will not be able to save your preferences. This means that every time you visit this website you will need to enable or disable cookies again.